The Secret History of Rock N’ Roll: A Presentation by Michael L. Jones 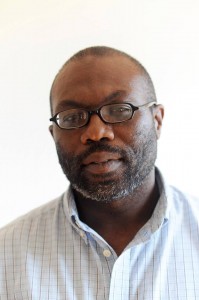 In his award-winning book Louisville Jug Music: From Earl McDonald to the National Jubilee, Michael L. Jones explores the development of popular music through the prism of jug band music–and its Louisville origins. Jug band music is a pre-World War I jazz style that  combined river songs, old time music and early ragtime. Jones’ talk will explore the links the folk music of the past has with some of sounds of contemporary music.

Mr. Jones is a free-lance journalist and author. He studied journalism at the University of Kentucky and history at the University of Louisville. In 2003, he was among 10 writers selected nationally for the Academy of Alternative Journalism Fellowship at Northwestern University. Louisville Jug Music received the 2014 Samuel Thomas Book Award from the Louisville Historical League. Mr. Jones will have copies of his book available for sale after his presentation.

Join us for this fascinating exploration of an important part of Louisville’s cultural history! This presentation is free, but RSVPs are encouraged by calling 935-6809 or emailing info@riverside-landing.org