By 1860, a new family put down roots at the farm made so prosperous by Gabriel Farnsley. The family’s last name was Moremen and their connection to the farm would last over 125 years. During this period, the land holdings would reach their zenith–encompassing over 1,500 acres.In 1860, Alanson and Rachel Moremen moved upriver from Brandenburg, Kentucky, to the fine brick house built by Gabriel Farnsley. The very successful farm the Moremens had established in Brandenburg was left to their oldest son and his family. Alanson and Rachel apparently rented their new farm in Jefferson County, Kentucky, for two years before they completed the purchase of the house and 200 acres for $15,000 cash in 1862.The Moremen family nicknamed the riverboat landing “Soap Landing” because they sold lye soap as well as other household and agricultural products to passing boats there. By 1869, the landing was bustling enough to merit a listing in the German & Brother’s Louisville City Guide and Business Directory. It lists “Moman’s” landing at the 13 mile marker from Louisville. The only written description of the landing found to date comes from a 1937 Louisville Times article which describes its 19th century appearance: “The homestead faces the Ohio River and from it at one time an avenue of forest trees led to the steamboat landing, then known as ‘Soap Landing.'” Family sources assert the landing was a “regular stop” for boats en route to New Orleans.

By 1879, the Moremens had named their farm “Riverside.” The farm is labeled as such on the Beers and Lanagan Atlas from that year.The Moremens created a thriving and diverse farming venture along the Ohio. Agricultural Census records from 1870 show that 300 of their 1,000 acres remained wooded while the other 700 are described as “improved.” Their livestock holdings included: nine horses, eight mules, seven dairy cows, three oxen, 20 cattle, 40 sheep and 170 swine. Their livestock was valued at $3,600. The Moremen’s crops and other agricultural products were valued at $19,000 in 1870. Products included: winter wheat, rye, corn, oats, barley, potatoes, sweet potatoes, wine, butter, hay, beeswax and honey.

Like Farnsley, the Moremen family owned slaves. Records from the year 1860 show the family owned 23 slaves, a very significant number for Kentucky. Slaves in Kentucky were not freed until the Thirteenth Amendment was ratified in December 1865. At present, very little is known about what happened to these individuals following the war. Bits and pieces of evidence suggest some African Americans continued to live and work on the Riverside property following the abolition of slavery–some of them may have been former slaves.Riverside is currently in the process of conducting an archaeological excavation of a former slave house, believed to have been in use during the Moremen family tenure on the property. For more information about this research project.

In 1886, Alanson and Rachel deeded the house and the original 200 acres to their youngest son, Israel Putnam Moremen. The deed document was drawn up in St. Johns County, Florida, where Alanson had at least temporarily relocated to assist his son Marcus in a joint venture, an orange grove. Alanson Moremen died on January 29, 1890. Rachel Moremen outlived her husband by a decade. She died on May 21, 1900, at her son Alanzo’s home in Brandenburg and was buried alongside Alanson in the family plot there.

Israel Putnam Moremen, the youngest of Alanson and Rachel Moremen’s children was born on April 4, 1856 in Brandenburg, Kentucky. He was six years old when his family moved to their new farm near Valley Station in Jefferson County. Israel lived the rest of his life at the farm the family named “Riverside”.

Israel married Nannie Storts on December 23, 1885. Both were 30 years old on their wedding day. In early 1886, Alanson and Rachel deeded the house and two hundred acres to Israel. In September of 1886, Israel and Nannie’s first child, Rachel Nannie Mariah, was born. 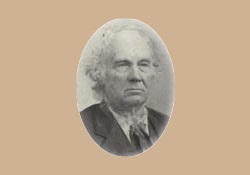 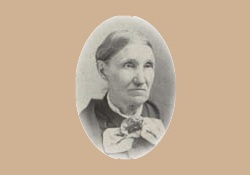 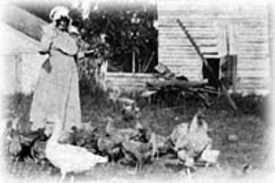 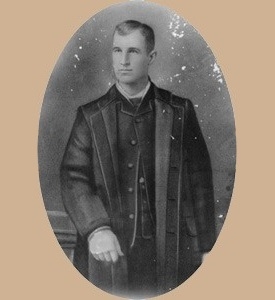 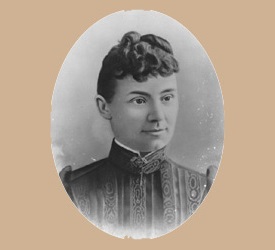 This unidentified man evidently worked for the Moremen family. He was photographed circa 1900 outside the Farnsley-Moremen House. The Moremen family owned close to 25 slaves when they purchased the house and property in 1862. There is some evidence some of those individuals and their descendants may have continued to work for the Moremen family after the end of slavery. For more information click here… 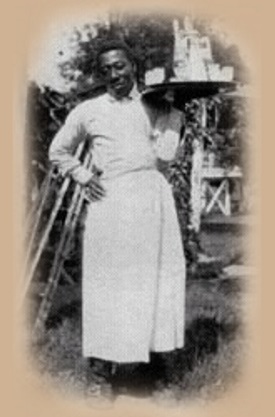 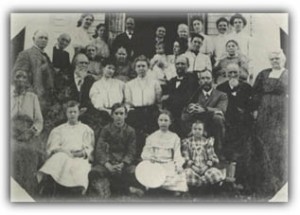